Get Your Physical Copy of Léah Kline’s Album,
Playground , For just $15.00

Critics claimed, “Leah has a little Liza Minelli in her!!” 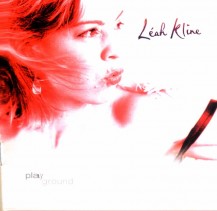 This is Léah’s debut cd Playground weighing in at one hour of music in 16 tracks: An evening’s entertainment. This is a studio recorded product of 5 different themed shows Léah toured with in Los Angeles and Holland ( her new home at the time). Still traveling back and forth to LA to perform while laying roots in Amsterdam as a jazz singer, Léah recorded this with her LA pianist & arranger John Rangel, who supervised the music production of this cd in 2004.

…..after placing finalist in the Dutch Jazz Vocalist competition in 2005, and producing another album of originals (JuzzFlirtin 2007) , she landed a placement in the book The Jazz Singers -Ultimate Guide by LA jazz author, Scott Yanow in 2009,listed next to the likes of Diana Krall, Ella Fitzgerald and Kurt Elling.

So click the Order Button below and get instant access to album, “Playground”.
Which also debuts her first original tune, “Call of the Muse”.