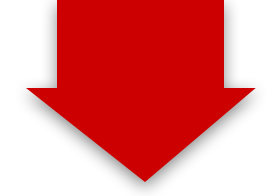 Blog Post of My Baptism into Jazz
‘Jazz is not really my thing!‘ or so I thought.

How many times I have heard this from people who ask me what kind of music I sing?
If I remember correctly, it was the summer of 1980 when I spoke these same words for the first time. My Mom, our self-appointed cultural ambassador, took us to the Annapolis Inn to listen to Live JAZZ! As a little girl, I really couldn’t appreciate jazz. I just remember watching the man playing what I now know to be the contrabass, for the first time. I was more fascinated by his hands.
If you’d’ve asked me then if I liked jazz, I would’ve politely said, “It’s cool, I guess , but jazz is not really my thing!” It was too soon.
As I grew up, I was into music you could dance to, as any kid was. I had a grandmother who played basic piano, and grandparents who danced to swing music from the big bands of their youth. For the rest, it was church choir, and organ- accompanied- hymnal singing and of course, pop music on the radio. I wasn’t really ¬¬exposed to what jazz was. Little did I know that I already was exposed to the naked elements of jazz buried deep in my grandparents record collection: WW2 swing music (Duke Ellington, Count Basie), musical theater records ( South Pacific, Sound of Music, Oklahoma, West Side Story, Singing in the Rain) and Herb Alpert, Frank Sinatra, Bing Crosby, Fred Astaire and even Barbara Streisand.

Because I could dance and sing, I acted in quite a few musicals during high school: The Sound of Music, Carousel, Grease, Damn Yankees, Oklahoma, Guys and Dolls, West Side Story. I recognized some of these tunes in Frank Sinatra and Bing Crosby records, and this was the first time I recognized a song was being sung “differently” than in the musical. This was improvisation: freedom of interpretation. Years later my first roommate at the school of the arts, a classic oboe-ist, exposed me to jazz giants like Yellow Jackets, Taj Mahal and Keith Jarrett. Very busy, chaotic, crazy music to my jazz-virgin ears. Similar to my early experience in Annapolis, my ears couldn’t find the order within the chaos of the instruments playing together: over top of each other. If jazz was only this, I would find it difficult to enjoy, and still, to this day, I would say ‘Jazz is not really my thing!’ With original music, I didn’t understand the form. I had no reference. But with known songs, with “standards” I was able to find a reference.
What really won me over was dancing a choreography to the instrumental piece Take Five by Dave Brubeck. The choreography was created on the orginial recording in 5/4 time. ( five beats to a measure). Again, sweating, repeating it fifteen hundred times. Until dress rehearsal time, when a real quartet of musicians from the music department played with us LIVE onstage. That’s when we/I realized that practically the entire song was a series of improvised solos. I knew the solos on the recording by then inside out. Counting every 2 bars ( of 10 beats), like a metronome, our choreography was based on every little accent. LIVE, everything changed. I could follow every choice and change the saxophonist and drummer played, because I knew the original so well.
I was baptized. I could hear the freedom of choices in Brubeck’s number. I went from appreciating jazz to “diggin’” jazz!
Because I could also sing as well as dance, every musical tune I knew was a jazz tune by some famous singer.
I dug timing, phrasing: from the shouting-talky versions of Dinah Washington, Sinatra and Tony Bennet, to the drawn out vibrato of Sarah Vaughn and Ella Fitzgerald, and how Nancy Wilson combined them all! Helen Merril , Rita Reys. Every song had lyrics and those words came from a story, each singer a story teller.
Then on a cruise ship, I saw the light. I met professional international musicians who got together after their shifts and hung out at the only remaining open lounge on board and they “jammed”. They called the name of tunes and named a key and played all the songs I knew, but without sheet music and without a singer. I was fascinated, thrilled, I followed hummed the songs I recognized over and over through each solo, the chorus repeated at least 15 times before they took it to the ending, quoting the original melody again. Fascinating!
This!! This? This is jazz?
Lullaby of Birdland, I Can’t Get Started, Honeysuckle Rose, Satin Doll, Don’t get around much anymore, You’ll never know, The work song, Route 66, My Favorite Things, Surrey with a Fringe on Top. Summertime, My Funny Valentine, Bewitched, Tenderly, Midnight Sun, Blue Skies, Love for Sale, Autumn Leaves: endless musical theater and swing music from my grandparents collection!!! ” This is Jazz? I wanna join in…” And I did. I was part of the band.

The man playing in the cabaret lounge, Jon Veith, accompanied Sarah Vaughn for one year!! I got him to write out some charts for me. There was an entire band that accompanied Frank Sinatra once in England, they taught me some new tunes. One of the bass players was on one of Ella Fitzgeralds records, “Ella in Rome!” OH MY GOD! I was in the middle of real jazz cats!
For the next 5 months, I committed 300 jazz standards and my keys to memory, with religious fervor, so that I could call out those numbers and sing at least the beginning and the end every night that they would let me!

Cut to over a decade later, six CD’s behind me, a listing in a book Jazz Singers, the Ultimate Guide , some awards, acknowledgements, but certainly fifteen hundred million hours of singing, of unpaid rehearsals, of little gigs in piano bars in Los Angeles, and New York, dark little empty restaurants, living room concerts of the rich and famous, parties, movie studios, huge concert halls, jazz festivals, internationally renowned jazz clubs in countries and cities I never would have visited on my own as a tourist: Turkey, Bulgaria, Indonesia, China, Italy, Poland, Germany, France, Switzerland, Austria, Holland, Greece, Spain. I have sung as a “singer nobody” hoping to be called up to jam with the local professionals, to being an honored guest vocalist for big bands, local bands and with my own band. From singing other people’s songs to writing and performing my own. I have explored my voice capabilities from musical theater, NY style cabaret room and blues, to singer/songwriter, modern jazz, scatting, swing, free jazz, free improvisation and spoken word. It doesn’t matter to me what style I sing, I like to use my whole instrument in an ecclectic way, an entertaining way, or use a sound that seems to fit the moment. Jazz is the freedom to express.
Life as a (jazz) singer has been, and IS, all of this, in no particular order; an expression of self with a minimum of rules, a most fruitful and amazing journey. I think of discovering my freedom by accident. Times when I had to sink or swim onstage. When swimming meant improvising and flying by the seat of my pants. Not to accept defeat. Realizing that trying to “swim” around the melody of Route 66, which you just realized after that lovely introduction, is in F ( 4 keys above my normal choice of C). I was improvising. Singing the melody without the words of How High the Moon, because the tempo was too f***ing fast, was also the beginning of scatting.
As I write this I have to laugh, at how I discovered how to sing, how to swing, how to swim…… Because I didn’t want to sink, I had to wing it. I had to listen carefully, trust my instincts, To stop thinking and know that I knew something that I couldn’t explain but could express in singing. To sing what I felt, to phrase the words like a story teller, to swing like a musician would, I had to learn to pay attention to ‘what’s happ’nin’ ‘ and go with it.
And now, Jazz IS really my thing.
And when it came time to write and compose my own songs (every album has at least one original song) I stopped trying to fit into a genre, but started to listen to what I wanted to say, each co composer leading me through his or hear musical ear.
To honor the song as a storyteller. To follow the form of the poem I wrote, instead of imitating the form of another person. Sink or Swim.
But it’s the swimming in my own creativity, improvising and paying attention to what’s happenin’, that keeps this journey for me, and for audiences, worth the ride.
Each CD I have made is a test of what I can do, the different sounds I can create, the different moods. I suppose I will keep going until I discover my own boundaries, whenever that will be.
In the meantime I go down in history as “an eclectic, great singer who brings a jazz sensibility and adventure to everything she sings” – jazz critic and book author Scott Yanow. Well, thanks for that! Can’t stay too far from the freedom you grant me with that comment.

If you’d like to hear my most adventurous milestone of that journey, click here to listen to my album of mostly original tunes stemming from poems,

My most recent milestone is a tip of the hat (or rather a click of my heels) to my dancing G’ma and G’pa and the happy swing music of their time. Click here to hear my most recent swing album with ZooT vintage dance band.

2014 was an amazing year , my 2nd full album of originals.  of course another black album.  what can I say.  It’s about life and love but in the now!

Thank you for being a listener and at this moment a reader of this blog post and for sharing this journey.
What was your BAPTISM into JAZZ?